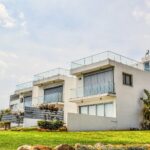 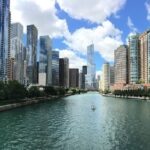 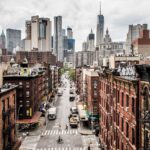 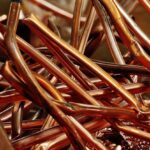 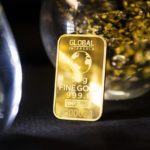 Restrictions on competition – from an economic point of view

To run, to jump, to swim, to dance, to fight for gold, silver and bronze – a sporting competition – a showdown: who is better?  Our economy is based on the same mechanisms.
-Interjection by Valentin Markus Schulte, economist from Berlin.

The baker next door rolls his bread by hand, competing with a factory owner, who possesses machines to bake the bread for him and then sells his goods to various supermarkets.

Another example would be the potential purchaser of a new car having to face the choice of numerous car dealerships.

From an economic point of view, competition is the process of rivalry between suppliers for buyers.

The existence of functioning markets is vital for this process. A functioning competition selects those companies, which are active on the market based on their efficiency.

Some companies use incentives to restrict competition needed for a functioning market by using for instance a cartel to create a monopoly against other market participants.

Dimensions of the restrictions of competition

Restrictions on competition are divided into three different types.

Restricted competition by companies in practice

In the negotiation strategy, companies are free to negotiate either horizontally or vertically. Horizontal negotiations create cartels, that influence the market price and reduce the competitive pressure between the partners.

Cartels must be classified according to the type of action parameters.

Condition cartels specify a consistent application of business, delivery or payment terms. Production cartels uniformly regulate the product types and product characteristics as well as the production process. Tender cartels agree with each other when tendering offers to public tenders.

However, price and quantity agreements are the most extreme forms of cartels, which significantly restrict competition and those have to be stopped by the government.

For example, vertical negotiation results in price maintenance and price recommendation between successive economic stages. For instance, the reseller is obliged by the manufacturer to maintain a certain resale price.

Companies use the obstruction strategy by trying to hinder or drive competitors out of the market. Tools here are the boycott or the delivery refusal.

In doing so, vertically organised companies or economic sectors are hindered and forced to pay a certain price or will be excluded from the economic cycle.

An example of a boycott would be an automobile manufacturer A, who procures a product from a supplier and processes it subsequently.

His competitor B, a car manufacturer in the same niche, purchases products from the same supplier.  The automaker A is persuading the supplier of both to stop supplying its competitor in order to create a competition disadvantage.

Another obstruction strategy is to restrict access to one’s own network (electricity, rail or others), thereby weakening competitors or even preventing them from entering the market.

Internal business growth occurs, when a company is much more efficient or innovative, than its competitors, gaining more share of the market over time.

Conclusion: Competition is crucial for new ideas, products and technologies – fair competition stimulates the market. The strategies discussed above tend to restrict competition.

Customers choose from the available diversity of offers and are the ones determining the market.

Competition revives the business. Fair competition brings peace and freedom and lets you invent the right thing, and helps you make good use of machines, money and manpower. „The three strategies are aimed at limiting the functioning competition of an economy. The state and its supervisory authorities are obliged to counteract this and has to rigorously suppress the restrictions on competition, „explains Valentin Markus Schulte.

Valentin Markus Schulte is a graduate of the University of Potsdam with a degree in economics in 2019. In addition to his master’s degree in economics, he is an author and blogger. He is particularly interested in the international financial markets. Moreover, competition politics and the historical development of economics inspire him with their theories.